Blockchain and VR: how and why are they combined? Discover from Arcona developer 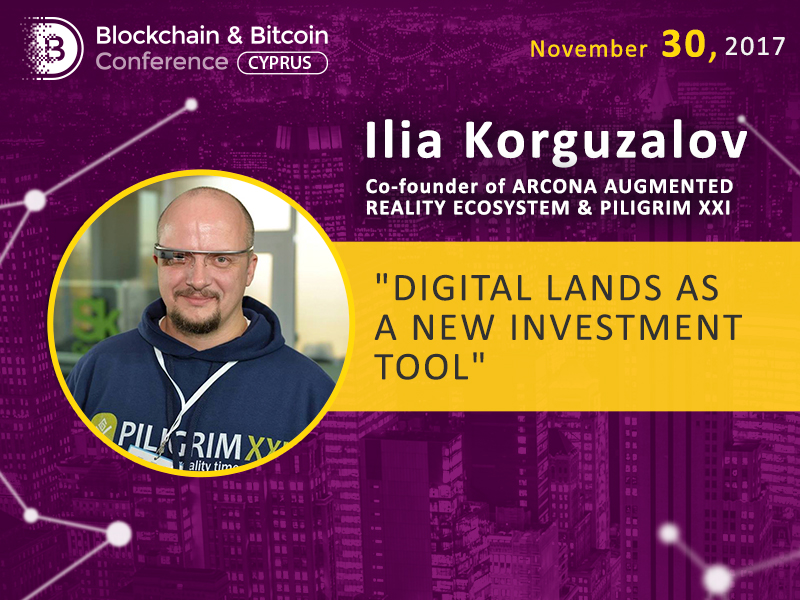 How to combine blockchain and augmented reality technologies, and what development sectors do require it? This issue will be revealed at Blockchain & Bitcoin Conference Cyprus by Ilia Korguzalov, a co-founder of the virtual planet and virtual time machine.

Ilia Korguzalov is a co-founder of Arcona Augmented Reality Ecosystem & Piligrim XXI. Since 2013 till 2016, the company has been developing the Piligrim XXI service. It is an application that restores the view of destroyed architectural objects using augmented reality. The app is designed for travelers and history lovers. The project was awarded with the Microsoft grant and the special prize by Sberbank-Technology as well as received the AAA investment rating.

Later on, Piligrim XXI focused on a new development: a project of the augmented reality world – Arcona. It is a planet where each piece of land is related to real-world locations. The blockchain-based service can generate a virtual layer in any part of the Earth.

At Blockchain & Bitcoin Conference Cyprus, the project founder will talk about the blockchain application in creative projects (such as the development of AR objects and worlds) and reveal the token distribution system of Arcona’s project called Digital lands: it is a new approach to investments, allowing investors to receive pieces of land in the virtual world.